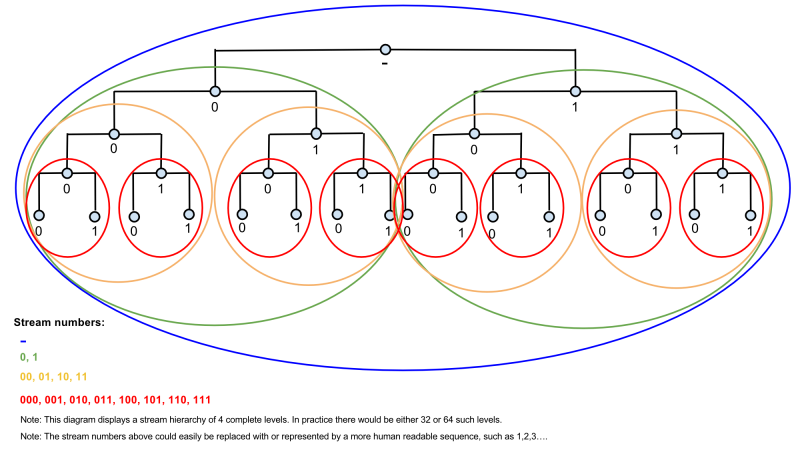 In order to prevent attackers 'pushing' nodes into lower streams by creating short bursts of very high volume object traffic, nodes could implement a time delay mechanism that ensures that they will only move up or down based on the object traffic levels of a relatively long period of time (e.g. 1 week).

Similarly to nodes, addresses must move to higher or lower streams in order to preserve the balance between anonymity and efficiency that the address's owner desires. Again, it would make sense to use the level of object traffic to decide when to do this. As clients must download all objects in their address's stream(s), they should also be able to use the levels of object traffic to determine when each address needs to move up or down in the stream hierarchy.

Clients that control addresses could also implement a time delay mechanism, similar to the one described above for nodes.